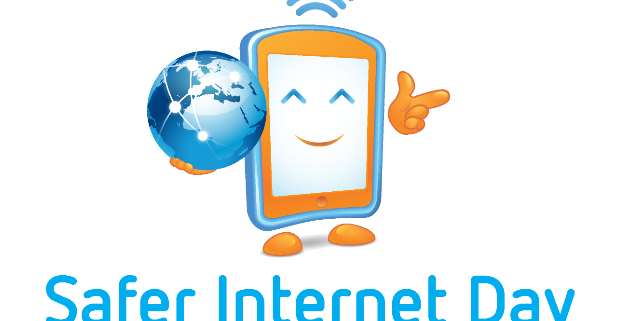 On February 11, 2020, millions of people in more than 140 countries teamed up to promote the responsible use of online technologies for Safer Internet Day. With the theme of “Together for a better internet,” this year’s event focused on engaging all stakeholders—politicians, technology companies, schools, parents, children, and young people—to do their part to promote internet safety.

More than just a once-a-year event, Safer Internet Day is a movement that advocates for online security and against cyberbullying, disinformation, and other harmful online content. Additionally, Safer Internet Day focuses on the need to protect kids from predatory behavior online.

With many benefits come serious problems

The internet is more than just useful—it’s an essential part of human culture that connects people and provides a way to share news, information, art, music, and ideas. It can bring much of the entire history of human knowledge and wisdom to anyone with a computer or mobile device. Thanks to the connectivity it facilitates, the internet can also act as a democratizing force across societies, particularly in its ability to help marginalized people to come together.

Yet its dark side is well known: propaganda, disinformation, identity theft, privacy concerns, and other threats. The wellbeing of children has become of particular concern as so many cases of online addiction, cyberbullying, and abuse have been widely publicized.

Safer Internet Day celebrates the benefits of the internet, increases awareness of its dangers, and empowers people to use digital technologies positively, creatively, critically, and responsibly.

Safer Internet Day began in 2004 as part of the European Union’s SafeBorders project. The event was designed from the start to help children and youth use online technologies safely. In 2018, the event achieved a significant growth milestone: it reached 30 million people around the world.

ConnectSafely leads in the United States

The Silicon Valley nonprofit ConnectSafely is the lead coordinator of Safer Internet Day in the US. The organization relies on an approach that is both global and community-oriented.

ConnectSafely provides evidence-based information and news updates on internet security, privacy, and safe practices for parents, teachers, and policymakers. The organization works to dispel panic-driven attempts to address these complex issues, instead promoting rational discussion about the benefits and problems that come with increasingly sophisticated technology.

For Safer Internet Day 2020, ConnectSafely sponsored two special events, including a live-streamed, student-centered program at the Computer History Museum in Mountain View, California. Attendees included local politicians, educators, and students, as well as representatives from Google, TikTok, Instagram, Facebook, Roblox, and other tech companies. Later in the day, TikTok’s office in Mountain View hosted the “Get Into the Game” family night for parents and kids. The event promised to show parents what their kids are doing online and demonstrate strategies for safely using these platforms.

The PTA and Google

Elsewhere, Safer Internet Day was also celebrated by the National Parent Teacher Association. Local PTA groups hosted hundreds of events around the country on February 11. In addition, the National PTA has also collaborated with Google to create digital safety education for parents.

Through its collaboration with the PTA, Google created the Be Internet Awesome campaign, which helps kids explore the internet and other technologies confidently and safely. The aim is to create a new generation of smart, kind digital citizens who make informed, positive decisions about what they want their online world to look like. A curriculum for educators, the Interland online game for kids, and even a family internet safety pledge are all available on the BIA website.

The campaign and all its resources focus on a few fundamental principles for kids online:

A year-round dedication to internet safety

At the conclusion of the 2020 Safer Internet Day, organizers had already put out the call for planning for 2021, with the date set as February 9.

Anyone interested in learning more should visit SaferInternetDay.us to find out how to become involved. The website offers conversation-starters for families, a kit for organizing groups at the local level, and targeted lesson plans for students that put the focus on individual responsibility for using the internet to build people and communities up, rather than tear them down.

Safer Internet Day organizers have also created Twitter and Facebook accounts to help make it easier for people anywhere in the world to connect with its programming and resources. Check out the hashtag #SID2020 to see what people were saying about this year’s event.